Have you ever visited an artist’s studio? You can do this by watching the creative process of artist Laisvydė Šalčiūtė during the creation of “Space” (2019). 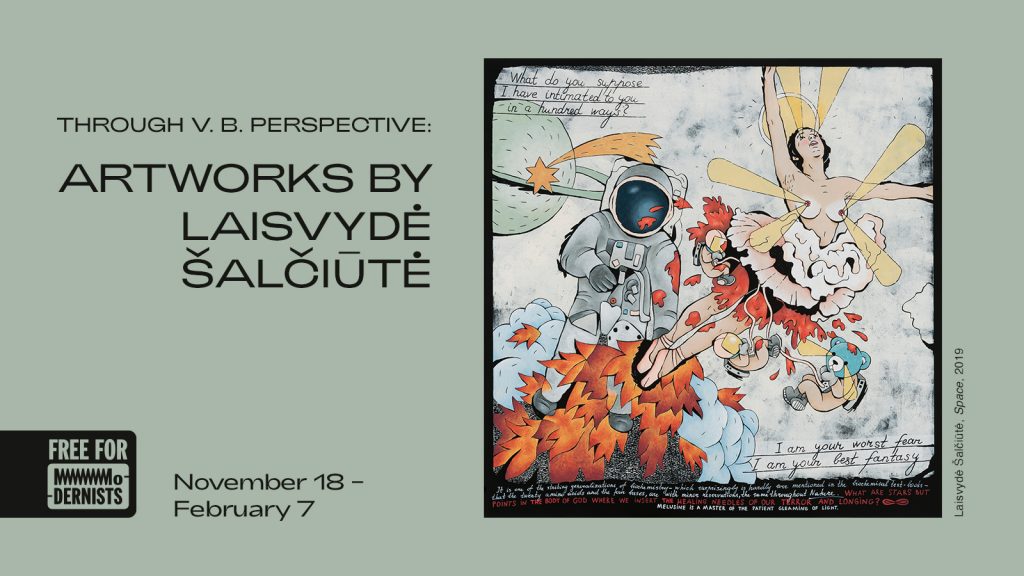 Have you ever visited an artist’s studio? Today, you can do this virtually. MO Museum founder Viktoras Butkus captured the creative process of artist Laisvydė Šalčiūtė during the creation of Space (2019).

In this painting, Šalčiūtė portrays a ballerina shooting up like a rocket. The flying women is also giving birth, joined to tiny astronauts by an umbilical cord. Šalčiūtė depicts a woman viewed as perfect by our society, able to balance her professional career with motherhood. Still, by depicting this woman with a nimbus around her head and light beams emanating from her eyes and breasts, Šalčiūtė also deploys irony, suggesting that such a woman likely belongs to a mythical world, not a real one.

Exhibition of the artworks by Šalčiūtė will be on display until February 7.

In her work, Šalčiūtė explores the traditions of the depiction of women in art. In her images, women are portrayed as both saints and sinners. Her works also feature other elements characteristic of a feminist point of view: in Šalčiūtė’s work, women don’t shy away from their femininity and live their own authentic lives.

Notice the complex artistic technique used by Šalčiūtė as captured in the video piece. She first carves a woodcut and presses it to the canvas with a spoon, then paints the resulting print, thus creating a work featuring elements of both graphic art and painting.

Although trained in graphic art, Šalčiūtė often employs other fields of art in her work: not only painting, but also photography, video art, and objects.