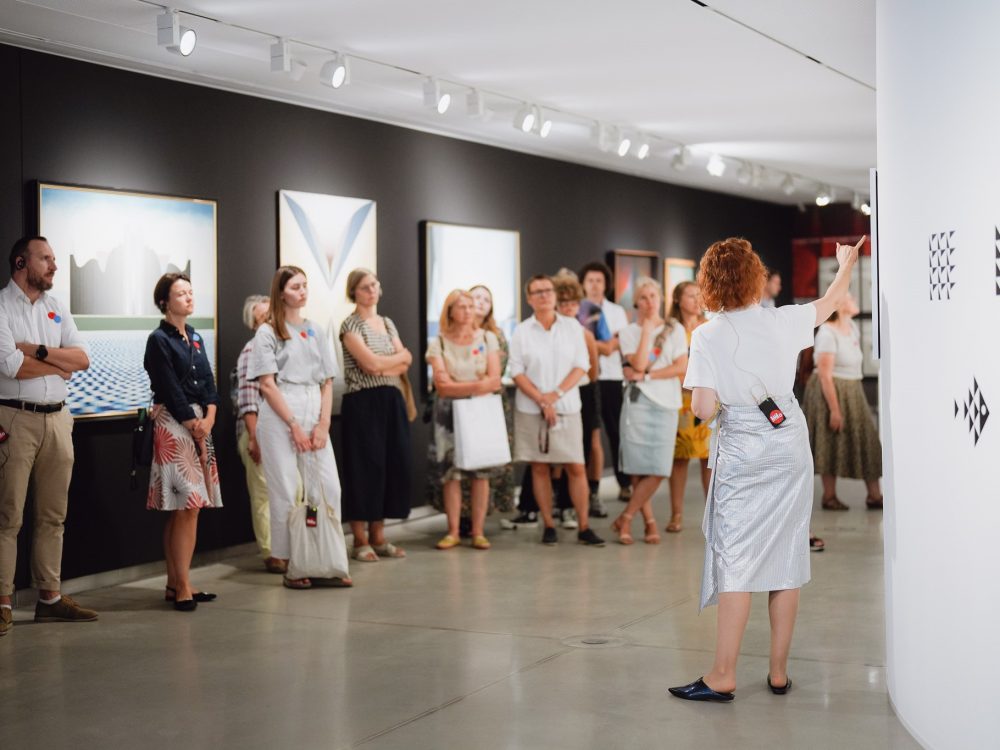 The exhibition “Op Art Reflections”, which opened at the MO Museum on August 25, refutes the notion that during the Soviet era Lithuanian artists lived in isolation from the global art phenomena, and that various cultural processes reached us much later.

The op art works created by Lithuanian artists in the exhibition allowed the artists not only to break away from the expressive Lithuanian art tradition and search for new forms but also to create a unique interpretation of this trend, which helped them to forget the difficult reality at least for a short time.

“Lithuanian artists created abstractions that were free and allowed them to break away from reality, as well as op art motifs as elements that gave the impression of uncertainty and instability,” says the curator of the exhibition Deima Žuklytė-Gasperaitienė. – The illusory op art mirages were an expression of creative freedom, helping to forget life in the Soviet Union, at least for a short time.” 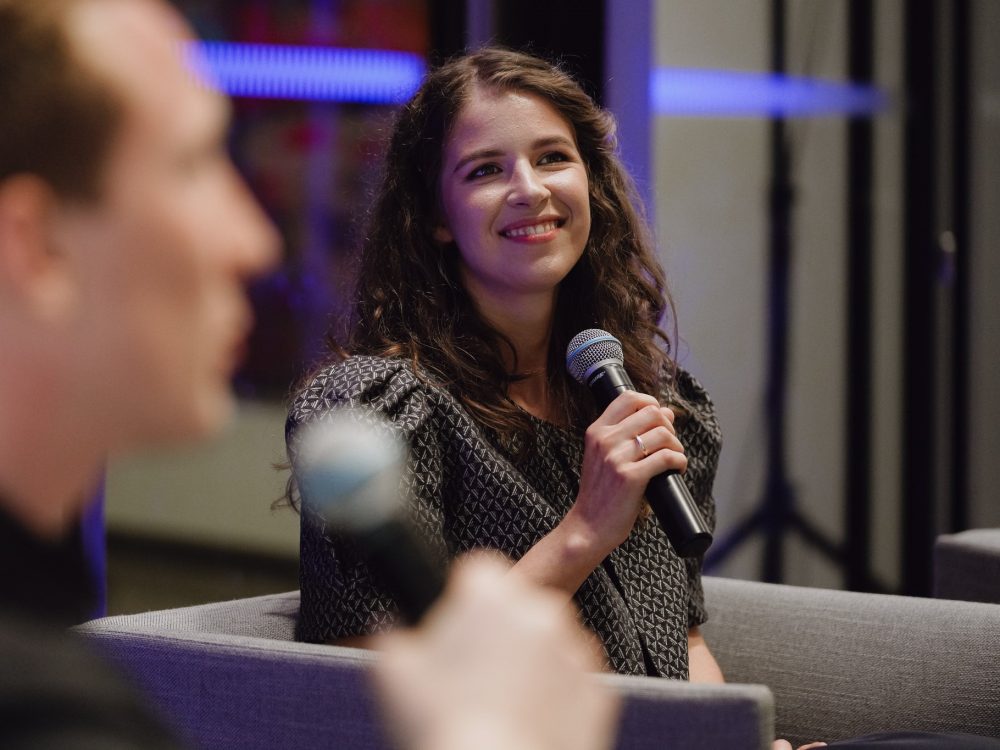 Although the interest in optical time in Lithuania stemmed from the op art movement in the West, Lithuanian artists, influenced by different social conditions, were also inspired by local manifestations of optical art, such as historical Renaissance wall paintings and optical ornaments found in Lithuanian folk fabrics. “Using these motifs, the artists interpreted op art in their own way, going beyond abstractions and experimenting with broader possibilities of expression,” says Žuklytė-Gasperaitienė. 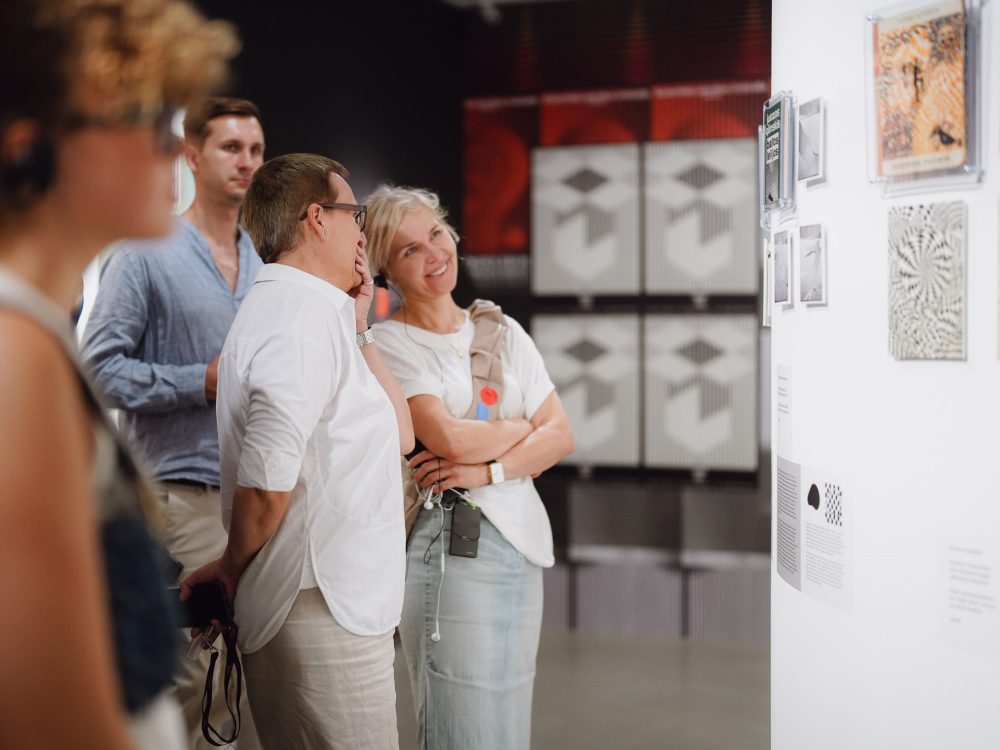 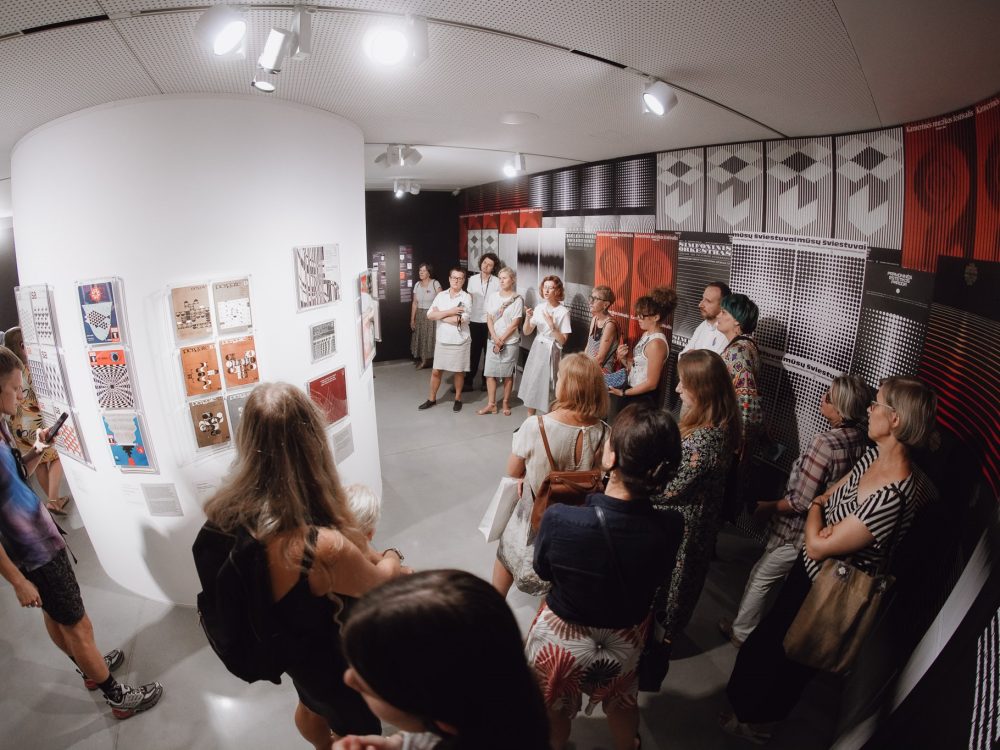 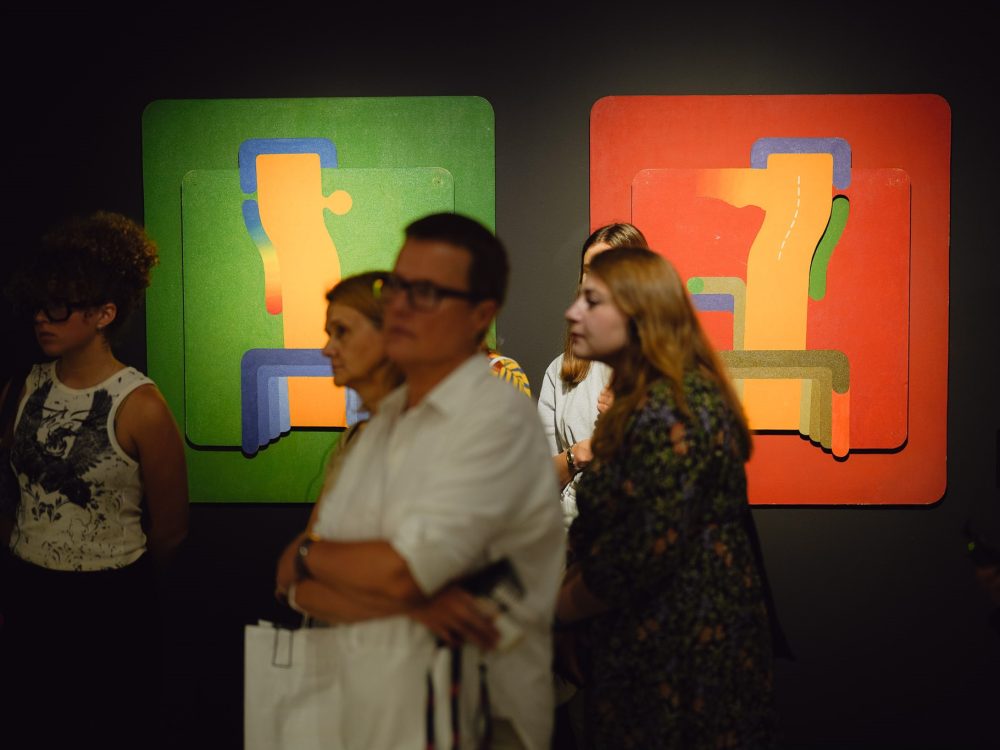 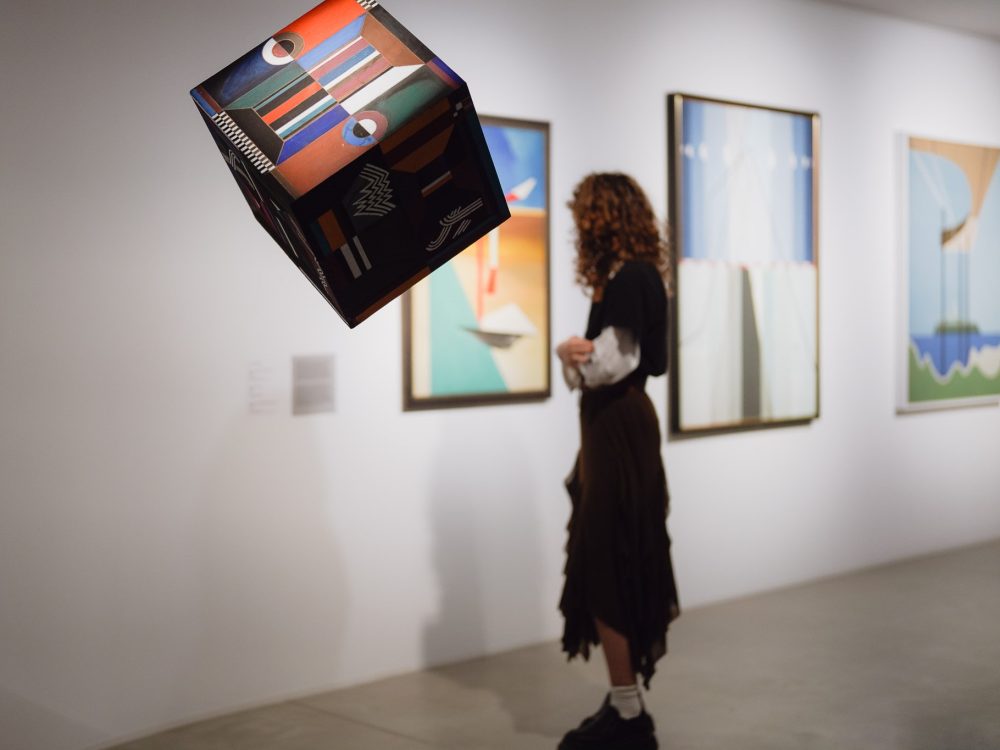 However, the freedom of the creators ended outside their studio: in order to exhibit their work publicly, they faced more or less obstacles: sometimes the work was exhibited and presented as an “analysis and synthesis of the phenomena of the world around them”, but much more often it was ignored, or they were accused of “formalism”, which meant their exclusion from the professional activity.

In an attempt to avoid the consequences of the system, artists chose between three paths: to create only abstractions and to almost completely disassociate themselves from the field of public art; to take a compromise path and create abstractions as experimental art while working in other fields, as, for example, Dalia Mataitienė, who chose the path of a stage designer, or Juozas Pilipavičius, who was working as a painter in the field of conservation, or to choose the specialty of design, where the abstract form was accepted, which was the most attractive for most of the artists featured at the exhibition: Monika Urmanaviččiūtė-Jonaitienė, graphic artist Juozas Galkus and others. 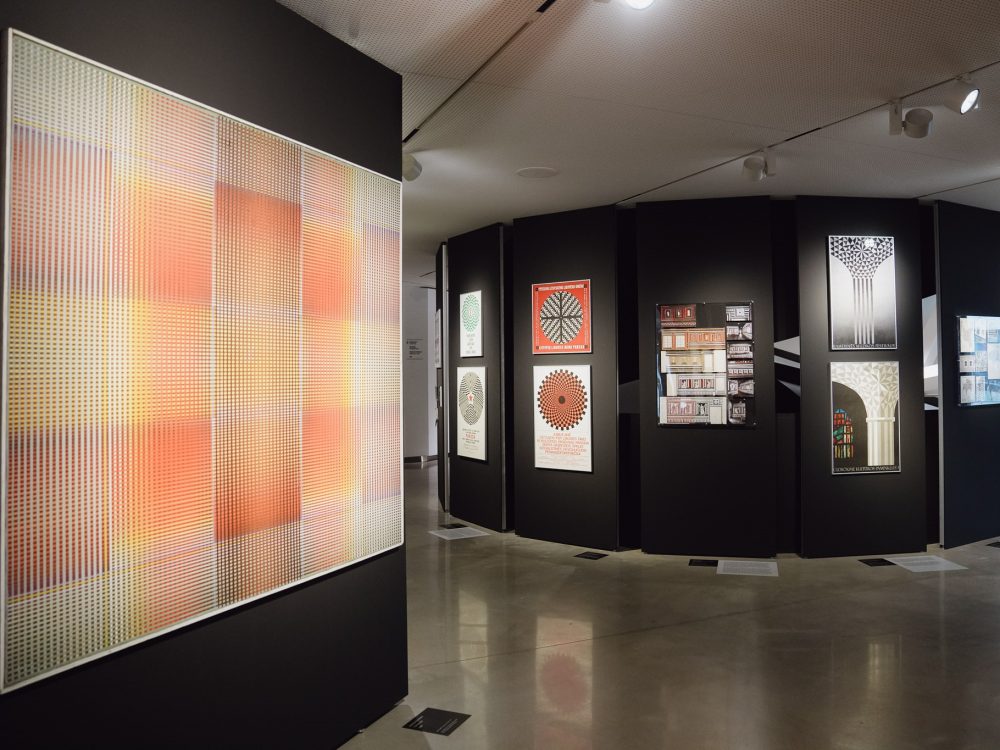 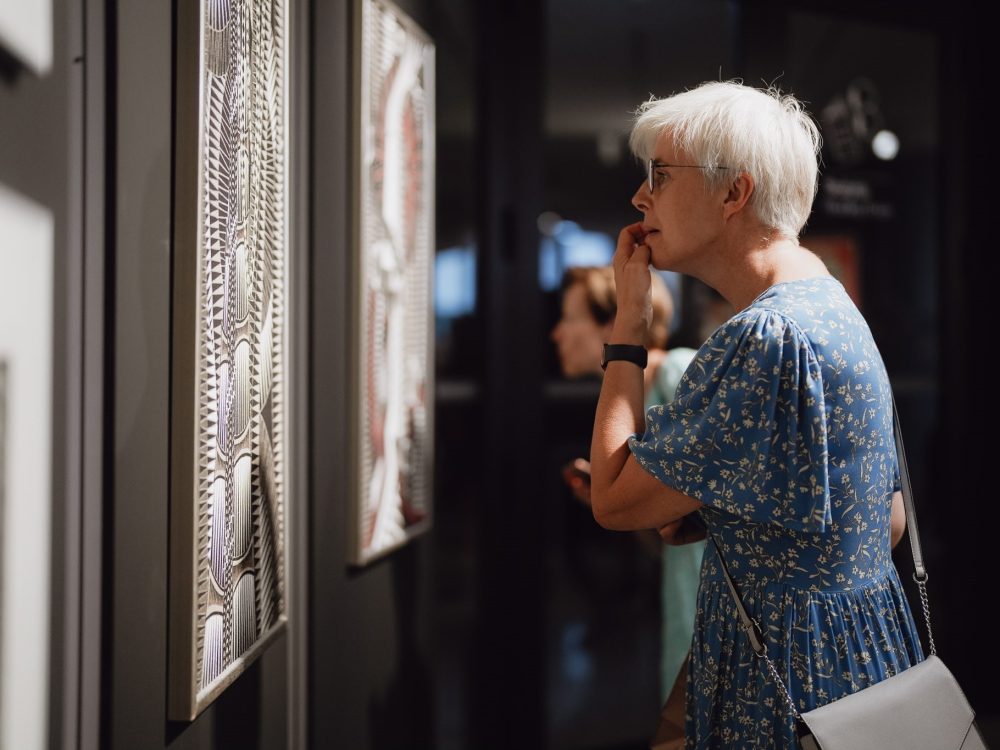 Leave the country within 72 hours 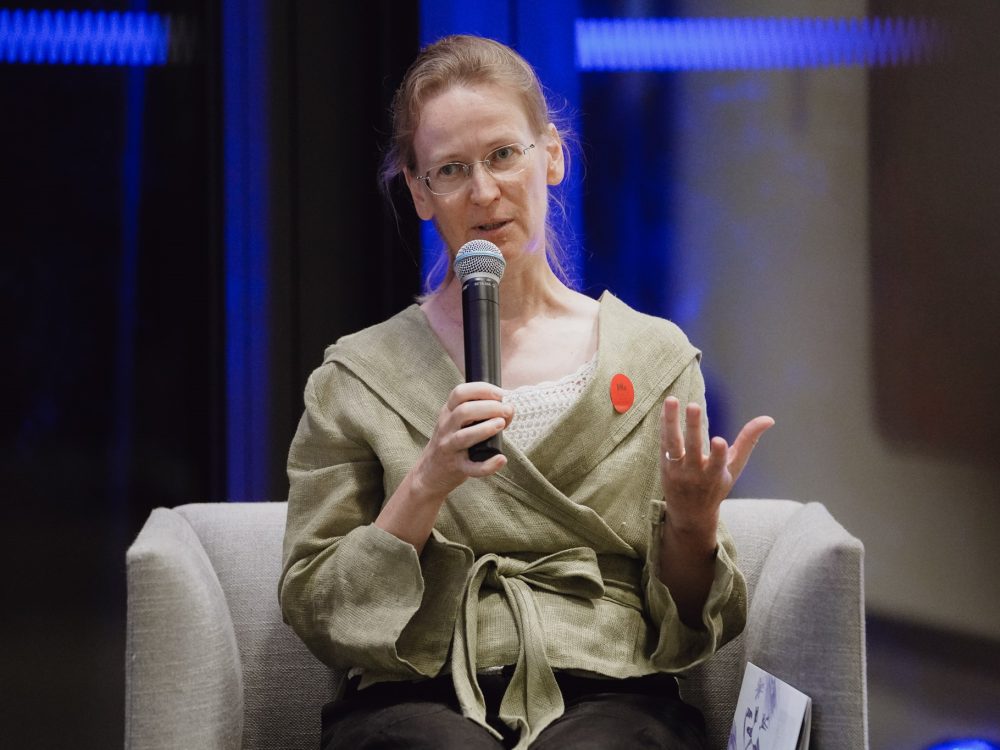 Perhaps the most severe consequences of the government’s actions among the artists featured in the exhibition were suffered by the Lithuanian graphic artist, painter and sculptor Vladislovas Žilius, who was unwilling to accept restrictions on freedom of expression and openly confronted the highest structures of Soviet Lithuania – in the spring of 1976, the entire Žilius family was ordered to leave the country within three days.

Rasa Bačiulienė, Žilius’s daughter, who attended the opening of the exhibition “Op Art Reflections”, recalled that the artist was left with no opportunity to create or make a living in Lithuania. “He was expelled from the Union of Artists of the LSSR, fired from his job, did not receive commissions, and the worst thing was the nightly threatening calls from certain government bodies,” she said.

When he left to New York, the artist was very homesick: “His nostalgia was very painful”, said R. Bačiulienė. However, V. Žilius still managed to return to Lithuania – after the country restored its independence, the artist visited the country several times and held exhibitions of his work.

In the exhibition “Op Art Reflections” for the first time in Lithuania, the influence of optical art on the work of Lithuanian artists in the 1970s and 1980s is presented. At that time, artworks of Lithuanian artists who worked on the margins of the official art scene at that time – graphic artists, restorers, and stage designers – stood out from the crowd by being bold and experimental. The exhibition, which was conceived as a companion project to the major exhibition “The Meeting That Never Was” at the MO Museum, will be on display until 19 February 2023.