The Future of Belarus, Fueled by Women

We invite you to the photo projection outdoors – “The Future of Belarus, Fueled by Women”! 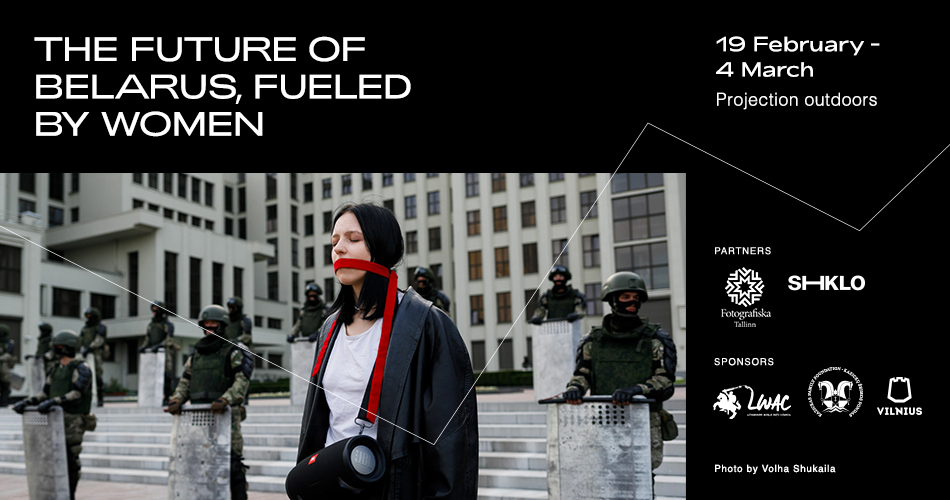 The exhibition “The Future of Belarus, Fueled by Women” reflects the female view of Belarusian photojournalism covering women’s protests, the contrast between peaceful confrontation and the overt violence unleashed by authorities. Women have become the symbol of such protests in Belarus, fighting courageously against the patriarchal government.

After the presidential elections of August 9, 2020, mass protests began in Belarus, followed swiftly by several days of police brutality and the torture of detained protesters and random individuals. On August 12, several thousand Belarusian women went out into the streets that morning to stand in chains of solidarity, dressed in white and holding flowers in their hands. Women’s chains of solidarity became a breath of fresh air, helping to guide the protest onto a peaceful course and give hope to Belarusians. Women’s chains of solidarity have become more widespread and have been held on Saturdays. In the early days, riot police did not interfere. But as the number of protesters grew each week and the protests showed a real potential for growing into a larger movement, authorities decided to suppress the women’s Saturday marches as well.

Five Belarusian photographers – Nadia Buzhan, Darya Burakina, Iryna Arakhouskaya, Volha Shukaila, and Viyaleta Sauchyts – have been capturing the protests throughout Belarus. The so-called women’s marches steered the protests onto a peaceful course and shaped the agenda of the Belarusian revolution. It became a nonviolent resistance – a modern form of protest in 21st century Belarus.

We invite you to see these photographs – authentically, where protests take place and revolutions are born. Outdoors. The photographs are projected on the museum facade and best seen at dusk from 18:00 to 22:00.

For a detailed look at the photographs, take a virtual tour of the exhibition when it was exhibited at the Fotografiska Tallinn Art Center in Estonia:

Volha Shukaila is a photojournalist and photo editor, born in 1988 in Minsk. Shukaila graduated from Minsk State Technological College with a degree in photography and also finished the Belarusian State University of Culture and Arts with a degree in culturology. In 2013, she attended photojournalism courses taught by Yuri Kozyrev, Tatiana Plotnikova, Andrei Polikanov, and Stanley Greene. Shukaila has been working as a photo editor since 2014 and as a photojournalist for the largest independent Belarusian online media portal TUT.BY since 2017. Her main professional interests are contemporary issues, environmental protection, and the social sphere.

Nadia Buzhan is a photojournalist born in 1991. She has worked for the Zvyazda (Star) newspaper and collaborated with the largest Belarusian media portal TUT.BY. She currently works with the oldest Belarusian independent newspaper Nasha Niva/NN.BY. Buzhan has participated in group exhibitions at Aff Galerie (Berlin, 2016), ЦЭХ (Tsekh) (Minsk, 2014), Belarus Press Photo (Minsk, 2015), and the TUT.BY gallery (Minsk 2019). Her personal projects deal with such topics as freedom and religion.

Darya Burakina is a photojournalist born in 1992 in Minsk. She graduated from the Institute of Journalism at the Belarusian State University. She also studied documentary photography at the Docdocdoc school in Saint Petersburg, Russia. Since 2014, Burakina has been collaborating with a range of Belarusian print and internet media outlets. Since 2016, she has been a photojournalist for the TUT.BY media portal.

Iryna Arakhouskaya is a photographer and a camerawoman. She was born in Minsk in 1992, where she continues to work today. Arakhouskaya has been collaborating with various independent Belarusian publications since 2013. She studied documentary photography at the Docdocdoc school in Saint Petersburg, Russia. Currently, she is a student at the photography faculty at Szkola filmowa in Łódź. Arakhouskaya’s main interests are human rights, the social sphere, the environment, and reportage photography.

Viyaleta Sauchyts (b. 1992) has been a photojournalist since 2016, based in Minsk, Belarus. Sauchyts has been working for major Belarusian media covering news, culture, and social issues in Belarus. She has also covered the election campaign and protests in Belarus in 2020. Sauchyts works with such topics as women’s rights, gender equality, and national identity. 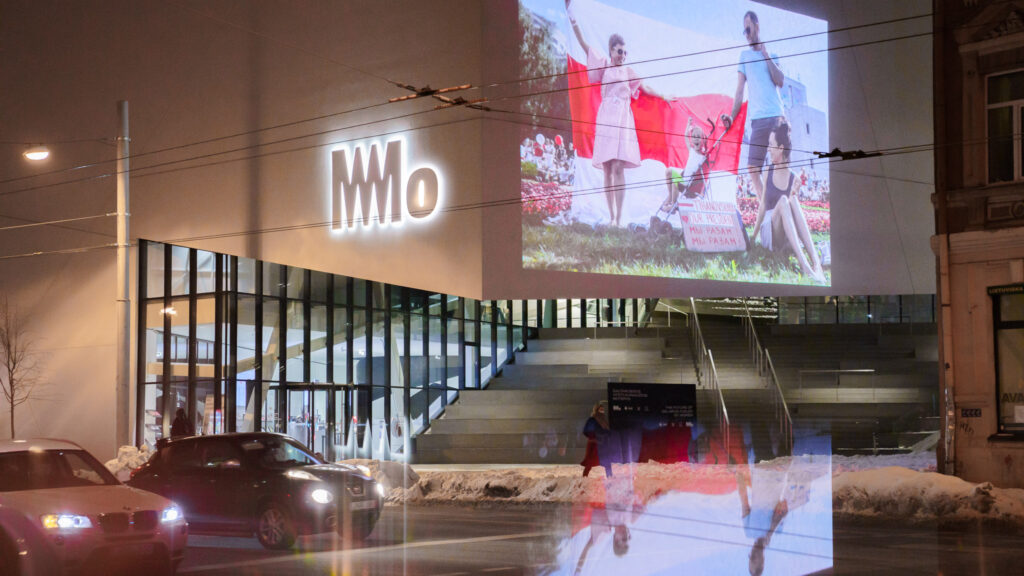 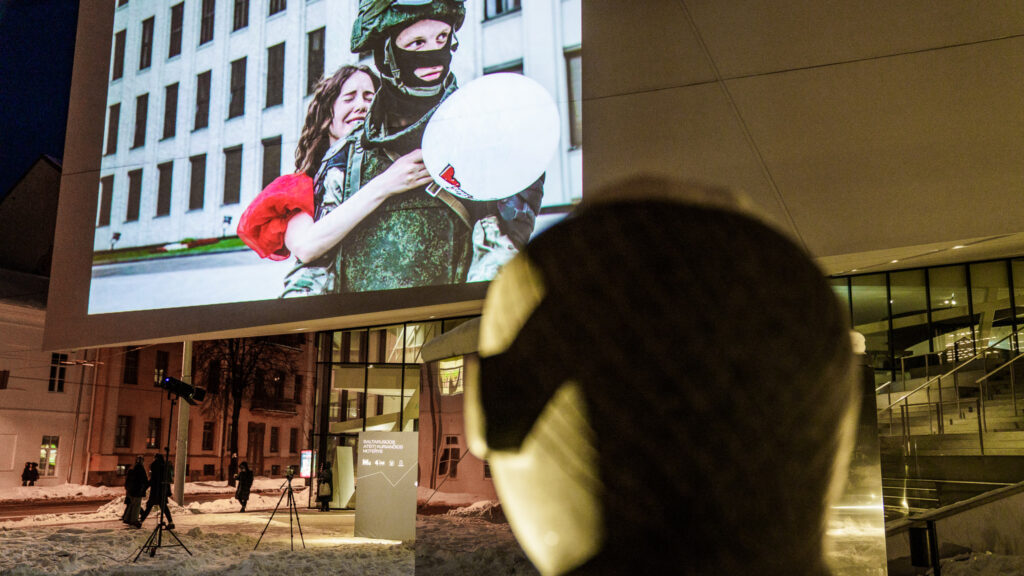 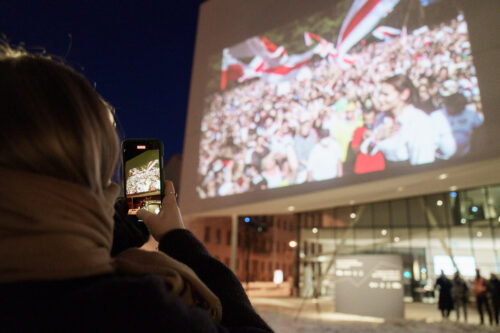 The experience of this exhibition is extended in the special e. guide. Here you can find the descriptions of the selected photographs of the exhibition, so you will get to know the real stories from the perpective of the artists, as well as their experiences during the protests.

Launch of the exhibition

You can watch the launch of the exhibition here:

Video stories by the photographers

Also, you can watch the video stories by the photographers in their own words on what it meant to capture protests.

You will find all of them in the video playlist on the MO Museum’s Youtube channel. 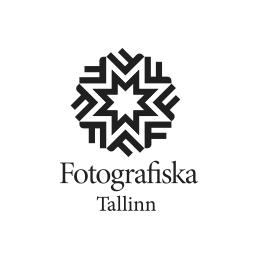 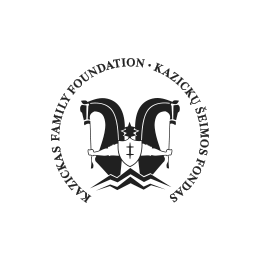 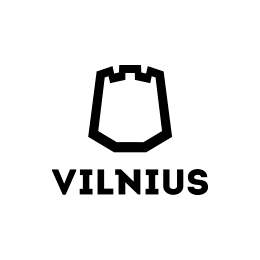