Through V. B. perspective: Artworks by Linas Jusionis 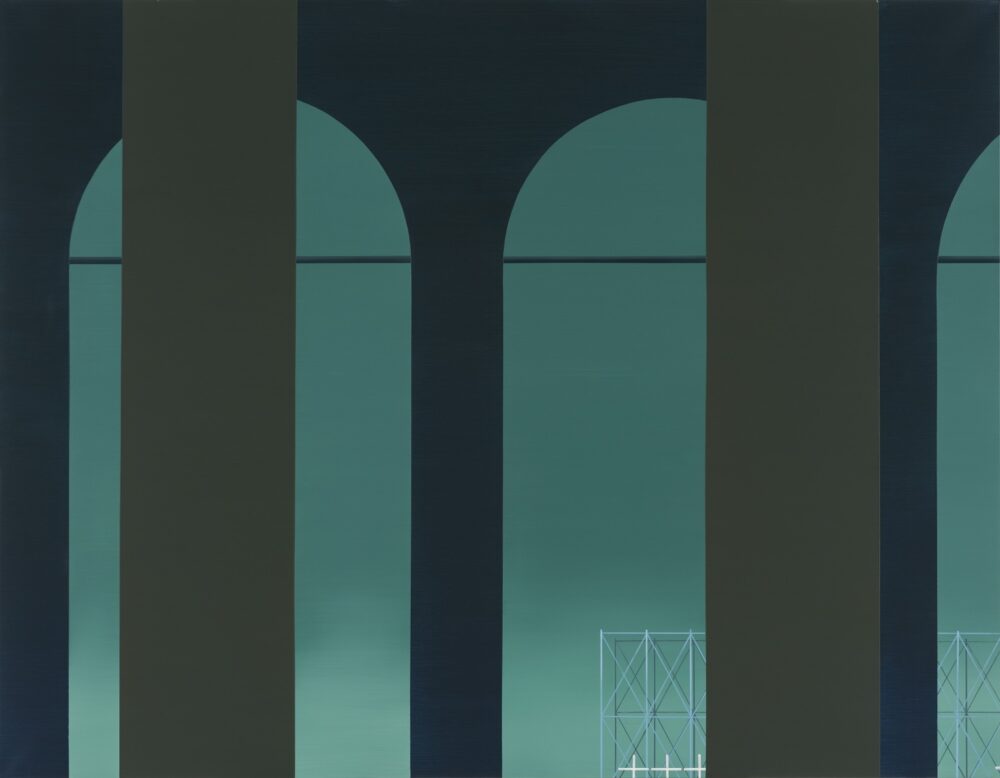 Have you ever been in an artist’s studio? Have you ever had the chance to observe the creative process up-close?

The founder of MO Museum Viktoras Butkus recorded what the creative process of the painter Linas Jusionis looks like behind the scenes. The footage follows the creation of the painting Fatigue (2018) from initial brushstrokes to a fully materialised idea. This is the first time the painting is being displayed to the public – it went from the artist’s studio straight into the collection of MO Museum.

According to the artist, the work was inspired by Italian architecture from the inter-war period, which itself was characterised by a return to the roots in Antiquity and a pragmatic, modernist reinterpretation of classical forms. Did you know how you can tell apart the 20th century architectural elements and the ancient Roman landscape in this artwork? Notice the modern-looking structures in the corner of the painting! Also, take note of the bleak, cold colour scheme, which hints at the ties between the majestic architecture and a totalitarian regime. The title of the painting, Fatigue, is another hint. Perhaps the painter is alluding to the fatigue of the European civilisation, which has been basing itself on the Antiquity for several millennia.

Jusionis’s work is influenced by cinema but the action in his pieces always remains “behind the camera”. The artist finds it important to create an atmosphere of tension and expectation. His paintings often come close to abstraction, depicting landscapes or fragments of architecture as pure geometric shapes. When you watch the video, notice how carefully – with centimetre precision – the artist calculates the proportions and how he takes his time to find the perfect colour combination. This makes every element of the painting significant, especially if we want to figure out the puzzle set out for us by the artist.