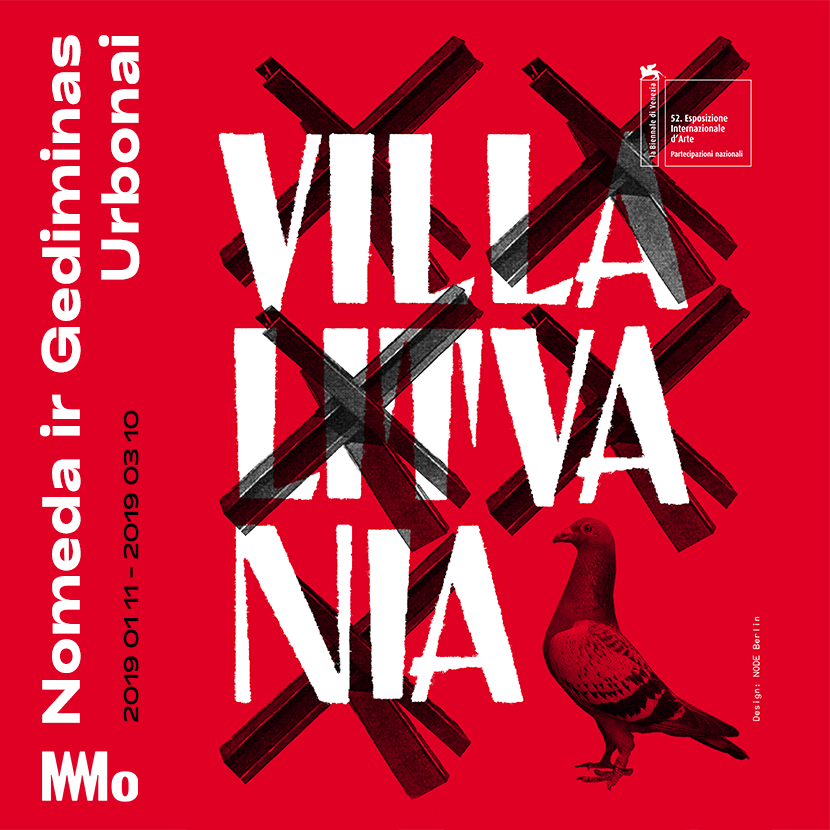 Villa Lituania is a building in Rome that served as an embassy for Lithuania during the interwar period but that was appropriated by the USSR after Lithuania’s occupation. Artists, the recipients of the Lithuanian National Prize for Culture and Arts, Nomeda and Gediminas Urbonas drew attention to the fact that to this day the building still belongs to Russia by organizing a symbolical pigeon race between Venice and Rome. The project includes architectural model of Villa Lituania and video works, which represents history of ambassadors Lozoraitis’s family, the research of graffities in Rome which protested Lithuania occupation and pigeon breeders’ situation in Lithuania.

The artwork represented Lithuania in the Venice Biennale in 2007 where it received an Honorable Mention by the jury. The project will be reconstructed at MO Museum.

The project Villa Lituania represented Lithuania at the 52nd international art exhibition La Biennale di Venezia in 2007.
It was commissioned by the Contemporary Art Centre (CAC) and presented by the Ministry of Culture of the Republic of Lithuania.

“Villa Lituania is an insightful and subtly humorous investigation into the notion of the pavilion and the meaning of national identity, engaging the spectator within a compelling narrative.” – special citation, the award jury, 52nd La Biennale di Venezia.