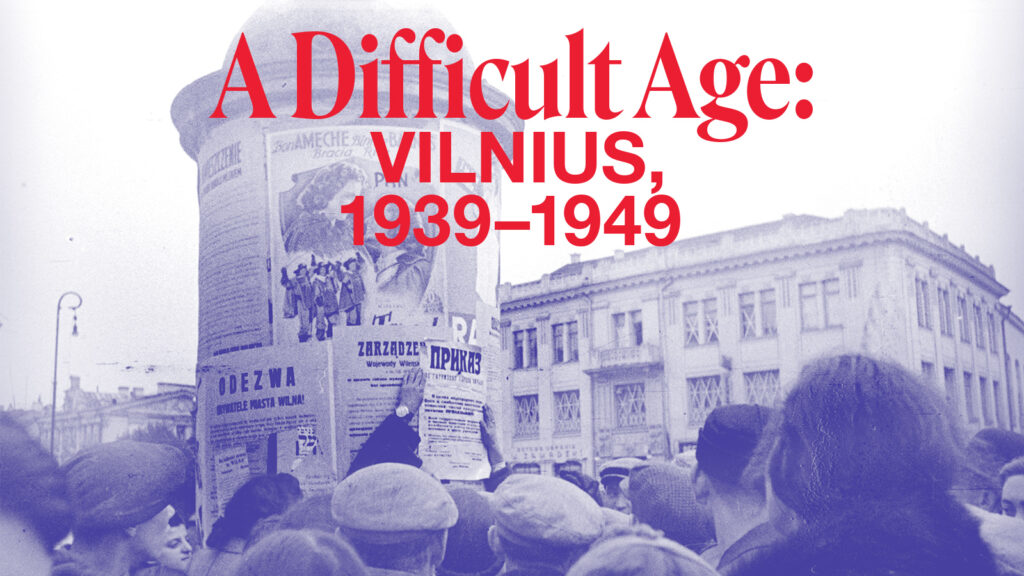 Exhibition „A Difficult Age: Vilnius, 1939–1949” presents an important narrative, recreates a broken connection and presents the context of the Vilnius era allowing us to take a deeper look at this dramatic decade of Vilnius. At that time, both the life of the city and the everyday life and identity of Vilnius residents changed. The works of art, photographs, documents and architectural plans exhibited in the exhibition will help to learn more about it.

This exhibition is dedicated to Vilnius and its people, whose painful history went untold for so many years, because other things were considered more important. Giedrė Jankevičiūtė

Over the brief, ten-year period between 1939 and 1949, political control over Vilnius changed hands six times. Wave after wave of campaigns to Lithuanianize, Germanize, and Russify and Sovietize the city undermined urban life and altered both the daily routines and identity of Vilnius’ population. The city’s Jews were murdered and its Poles expelled, replaced by Lithuanians, Belarusians, and Russians. The city’s physical body changed as well, evidenced in altered urban planning and architecture. All of these transformations are revealed in this exhibition through a collection of artefacts: works of art, photography, documents, and architectural plans.

Our exploration of the city’s dramatic history begins with a brief look at a peaceful, prewar Vilnius with its optimistic visions of a multiethnic modern city and a nostalgic picture of its past glory. Our main focus is nevertheless devoted to the wounds of war and their enduring scars, to all that has been lost and to the deep longing felt by Vilnius’ older inhabitants – those who have remained and those who were forced to leave. A closer exploration of the creators of several works on display here allows us to reconstruct a picture of the artistic community in Vilnius and better understand how multifaceted it was, both ethnically and culturally.

This exhibition is dedicated to Vilnius and its people, whose painful history went untold for so many years, because other things were considered more important. This exhibition also serves to remind us that Vilnius does not just belong to us, we who live here today. It also belongs to those who came before us and who loved this city no less than we do today.

We still know too little about art created in Vilnius in these years, nor do we know enough about the city’s multiethnic community which endured numerous traumatic experiences in the maelstrom of the Second World War and the years immediately following it. We hope that both these exhibitions will help fill the gaps in our understanding of history and help us to heal and grow as a community.

Works and visual materials were lent to the exhibition by:

The visual of the exhibition depicts: Vilnius residents gather at the billboard on Didžioji Street in 1939 September, photo by Pavel Troškin, photo correspondent for the Baltic States of the USSR daily “Izvestia” (“News”), Lithuanian National Museum 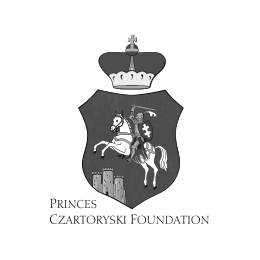 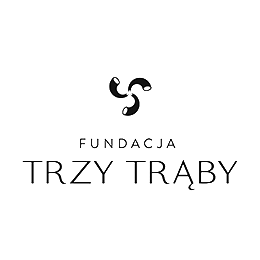 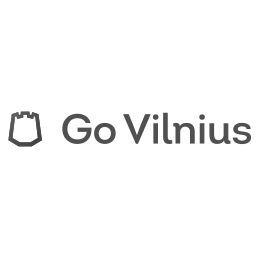 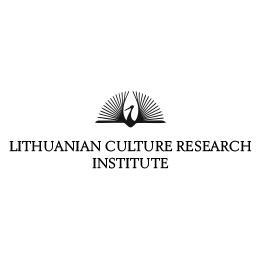