The installation Donald Bubble Gum (2016) becomes the intro to the children’s exhibition Lake Full of Stars. We invite you to discover! 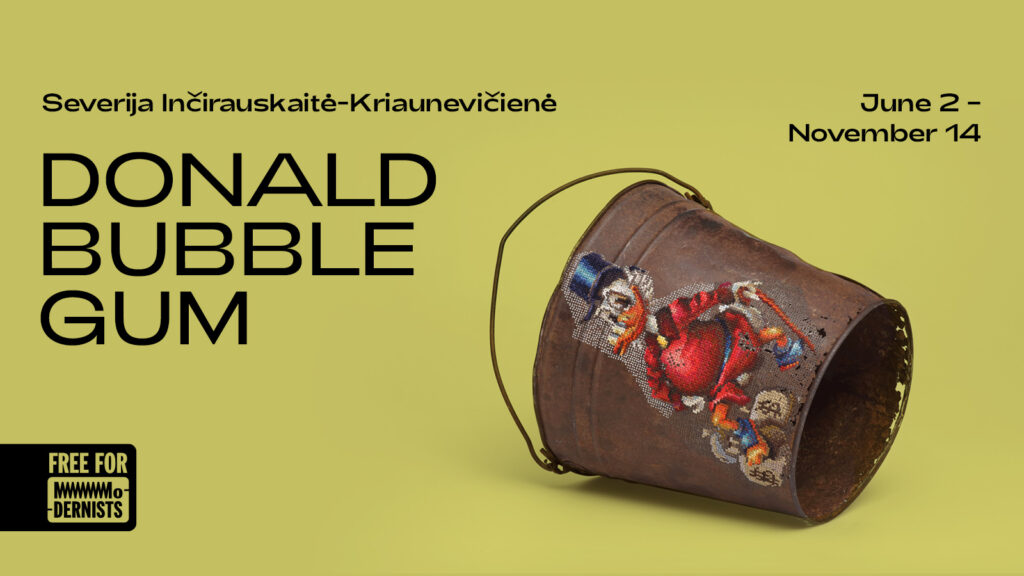 Do you remember the embroidered Volkswagen Golf 2 standing next to the entrance to MO Museum last year? Or maybe when walking along Vingrių Street and passing by MO Museum, you may have noticed an industrial water tank covered in water plant motifs embroidered with metallic threads? Both of them were created by artist Severija Inčirauskaitė-Kriaunevičienė.  She constantly surprises viewers with an unexpected fusion of sculpture and textile, while perhaps the most eye-catching element of her work is the use of the archaic cross-stitch embroidery technique. By the way, the artist has also collaborated with the street artist Banksy – in 2015 she participated in the exhibition “Dismaland” organized by this mysterious street artist.

The installation Donald Bubble Gum (2016) becomes the intro to the children’s exhibition Lake Full of Stars. Consisting of 182 papers from the packaging of Donald chewing gum collected and preserved by Inčirauskaitė-Kriaunevičienė evoke nostalgic memories for many adults and invite children to a fun adventure. 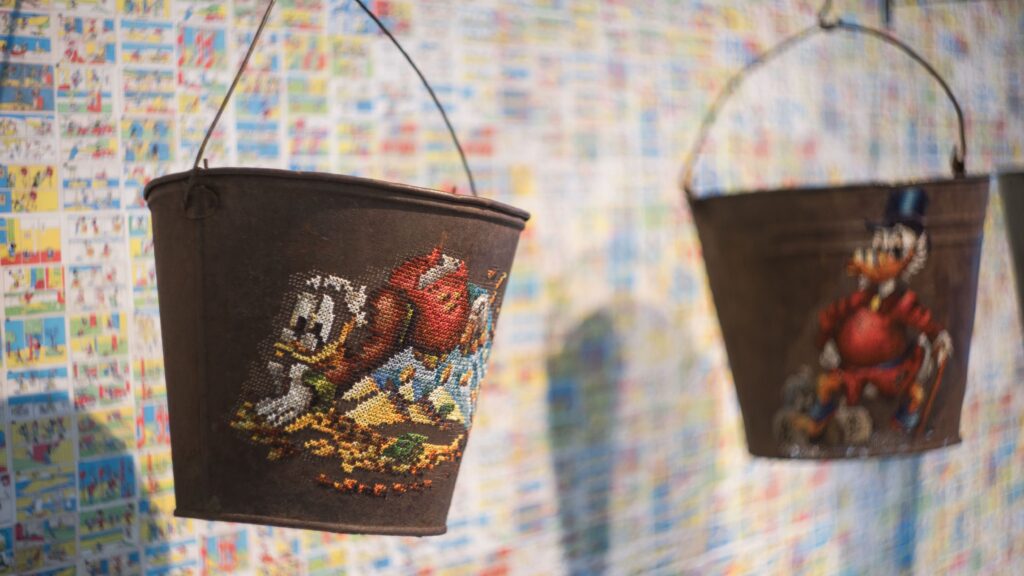 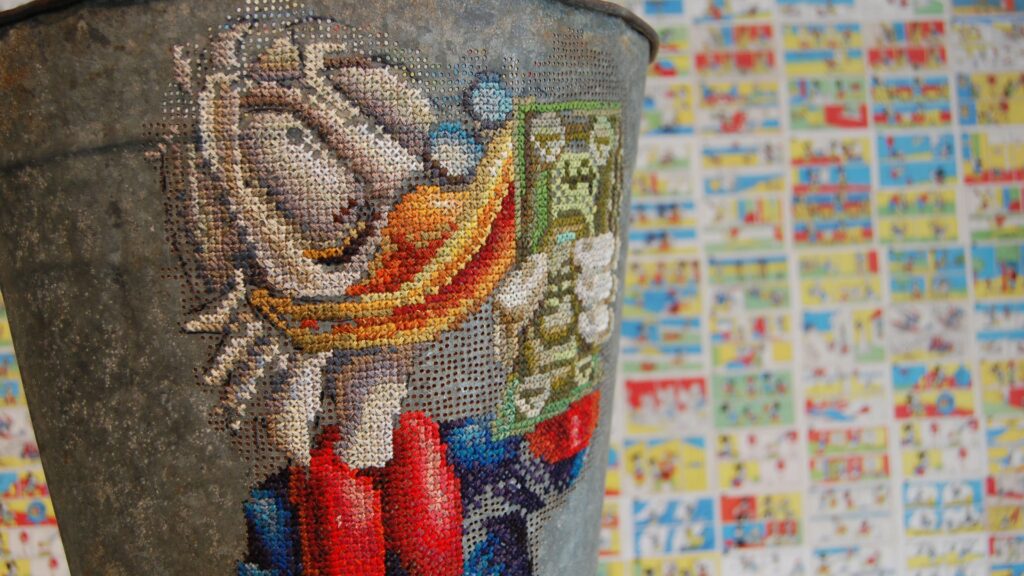 With the Iron Curtain becoming more and more wobbly in the 1980s, innovations from the West inspired both adults and children. One of these Western wonders was Donald bubble gum, which delighted everyone not only for its popping contents, but also for the fun little papers inside each packet, then called “Donald Bubble Gum”. Some of you surely remember the days when chewing gum was a priceless treasure. Yet Inčirauskaitė-Kriaunevičienė’s installation has another deeper, political implication. The creation and public presentation of this piece coincided with the 2016 US presidential election. You will probably agree that in terms of popularity and influence, that other Donald surpassed both Donald Duck himself and the characters of his adventures, including the world’s richest duck Scrooge McDuck. Ironically, in this work, one Donald reminds us of the desire for freedom and the breaking down of walls, while the other symbolizes the building of new ones.