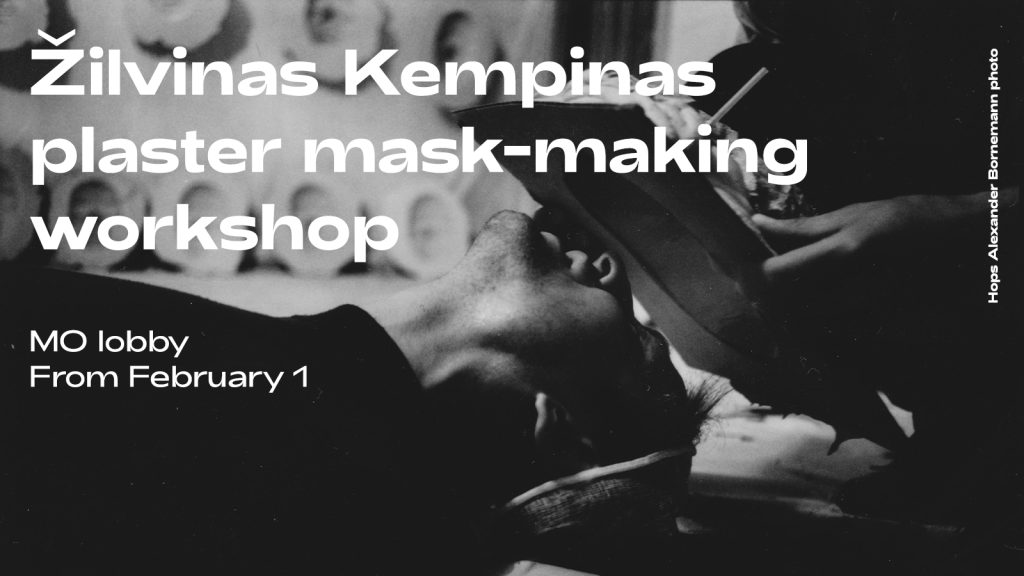 Žilvinas Kempinas, a Lithuanian artist who lives and works in New York, launched a project called Portraits-Fossils in Vilnius in 1996, and later presented it at “Jutempus Gallery” (now “Kablys”). At his studio, friends and random visitors were invited to cast plaster masks of their faces. Many of Kempinas’ subjects went on to become well-known painters, dancers, directors, and actors. Only four masks have survived from more than 70 originals, but director Gintas Smilga has preserved his filmed material recording the casting process.

Today, 27 years later, the portrait-fossil workshop has been recreated – only this time at MO Museum.

Completed casts will be exhibited in the Small Hall and the official exhibition opening will take place on March 2, 2023. About the exhibiton